Amna is a leading inspirational figure, an expert on women’s sports, and a mental health advocate from the Middle East. A self-made sports pioneer, her work has been recognized by prominent leaders, international media, and global brands. She is known for breaking the glass ceiling as an Olympic Weightlifter from the United Arab Emirates (UAE) who contributed to the country’s Rio 2016 Olympics Qualification. She is also the first Arab woman to compete in CrossFit Asia Regionals in 2012 while being a full-time journalist. Being a champion for change, she is often invited as a keynote speaker and panelist to discuss sports, mental health, women empowerment, resiliency, determination, and grit. She is also a contributing author in the recently launched youth-aimed book called The Possibilities Project. 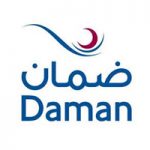 Whether you are an organization, a school, or looking for a speaker for your conference –live or virtual– Amna has the right dose of inspiration for you! On a mission to inspire the next generation to take action, her core topics are on success, mental health, sports, and gender balance, and many others. She has worked with a variety of clients and events to deliver keynote speeches, panel discussions, workshops, & MC. You’ll leave her session feeling you can do anything if you set your mind to it!

Over the years, brands have approached Amna for being a brand ambassador and have collaborated for community campaigns, sponsorship contracts, and advisory services to create a positive impact on society. As a champion of change and a strong Middle Eastern woman with a voice, brands understand the need to include under-represented minorities in their campaigns to bring forth change. Brands in the field of sports apparel & equipment, fitness campaigns, youth and women empowerment have successfully partnered with her.

Amna has over 10 years of experience as a writer. As a trained journalist with a B.A. in Mass Communication, in 2016 she became the First Emirati journalist to receive the prestigious Rosalynn Carter Fellowship for Mental Health. Now, she occasionally contributes to the local and international publications on the following topics: mental health, well-being and sports, motivational writing, self-development, and social issues. She has written for Entrepreneur Middle East, Re:Set, The Sports Journal, The National, and Gulf News to name a few.